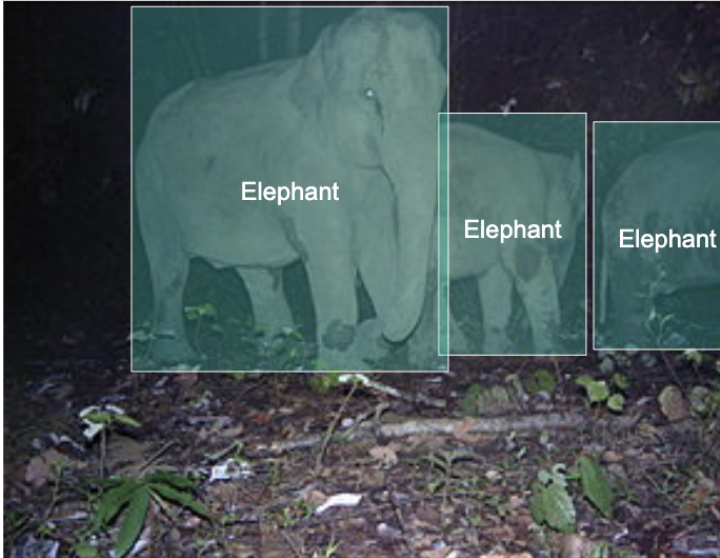 On any given day, it is estimated that nearly 100 African elephants are killed by poachers. In total, 1,000s of animals are poached everyday worldwide.

A large amount of this poaching occurs within nature preserves, the last (theoretically) safe place for many endangered species.

For the rangers tasked with protecting these animals, stopping poachers is a fight in which they are constantly outnumbered. The over $7 billion dollar illegal industry attracts a seemingly never-ending stream of poachers.

Using a network of motion detectors, cameras, and a trained model, WPS is identifying more poachers at a faster pace than ever before, and introducing a new advantage in the fight against poaching.

One of the hardest parts of preventing poaching is also one of the simplest:

Monitoring a 1,000,000 hectare area, including dense forests, cliffs, and other natural obstacles, at all hours is a difficult task for small crews of rangers—even with remote monitoring.

WPS and related groups have deployed motion sensor cameras throughout nature preserves for years now. The cameras work by capturing images of large, moving objects and sending them in realtime to human monitors, who analyze them for poaching activity. If the humans on the other end see poaching activity, they send an alert to a network of responders.

But while this remote monitoring is an improvement, it still presents some challenges. Analyzing the footage from many cameras all at once—and doing it fast enough to catch poachers in the act—requires a larger staff of reviewers than the average nature preserve has.

Even with efforts to automatically filter for images of poachers, WPS estimates that the system only detected 40% of recorded poachers.

The field cameras captured images, delivered them to a monitoring center, and if the humans running the center saw evidence of poaching activity, they’d push notifications to the relevant people.

Their goal in introducing machine learning was to insert a trained model, as an API, into the threat assessment stage. All incoming images would automatically be filtered for poaching activity, with only the positives being passed onto reviewers.

Working with HighLighter, an ML development platform, WPS was able to train an object detection model that recognized specific animals, as well as humans, vehicles, and other potential signs of poaching:

After deploying the model, they were able to plug it into their existing setup without rearchitecting their entire monitoring system.

In the first week of testing, they caught two poachers. The team estimates that the system is twice as effective as before, boasting has an 80% detection rate, and is constantly improving with more data.

Since the initial test’s success, WPS has rolled the model out across nature preserves on three continents, serving over 1 million predictions in its first month alone.

How can a nonprofit afford machine learning?

One of the many exciting aspects of this story is that this application of machine learning isn’t just feasible—it’s accessible.

Small teams and solo engineers have been deploying vanilla pretrained models for a while, but designing, training, and deploying a model for a task like this has historically been the domain of larger tech companies.

But for WPS, off the shelf solutions like OpenCV didn’t work. They needed to train and deploy their own model. Years ago, the fact that they were a small nonprofit would have precluded them from doing this, but not now.

Model development platforms and open source models have improved to the point to where now, even small teams can train models. Engineers have spent years working on open source infrastructure platforms like Cortex, so that any engineer can take a model and turn it into a poacher detector, or a video game, or a cancer screener.

People have been talking about democratizing machine learning for a long time, but this project serves as evidence that now, it is finally happening.